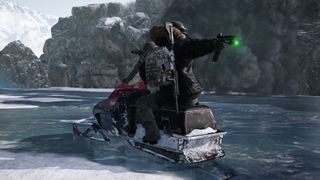 PlayerUnknown’s Battlegrounds’ first full year since the 1.0 launch earned PUBG Corp $920 million in revenue and $310 million in profit, the publisher announced in its 2018 financials. The battle royale left Steam Early Access at the end of 2017, and by June last year it boasted more than 400 million players across all platforms.

Analyst Daniel Ahmad shared some of the revenue details, originally translated by Sinonobu, on Twitter. The bulk of the revenue still comes from PC, despite the mobile version alone quickly becoming just as popular as Fortnite. PC contributed around $790 million in revenue, which is a 314 percent increase over the previous year, with mobile and consoles lagging behind quite a lot, with $65 and $60 million respectively.

With 200 million players as of last December, the mobile figures might be a great deal higher, but Tencent developed and published PUBG Mobile, not PUBG Corp. It’s free to play, unlike the PC and console versions, though it still has microtransactions.

53 percent of the revenue comes from players in Asia, where PUBG isn’t even close to ceding its crown to Fortnite. And that’s excluding Korea, which accounts for more revenue than all of Europe and nearly as much as North America. Its popularity might seem to have dwindled a bit in the face of competition from Fortnite and, more recently, Apex Legends, but that’s clearly not the case everywhere.